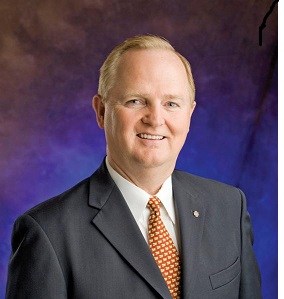 Dan Moen currently serves as Chairman, but was formerly Chief Executive Officer, Director and a Founder of LHP Hospital Group, Inc., a privately held company located in Plano, TX and established to provide to provide essential capital and expertise to not-for-profit hospitals and hospital systems. In this capacity—and throughout his career—Mr. Moen and his team have advocated for hospital joint ventures that promote shared governance and genuine, long-lasting relationships with community leaders, hospital leaders, physicians and employee stakeholders. At LHP, Mr. Moen has put together an outstanding team of professionals who are recognized as some of the best in their fields, many of whom have worked with him for many years.

Mr. Moen’s direct contribution to the evolution of the healthcare market is evident in the fact that, together with the rest of the LHP management team, he has been involved in more than 50 percent of all the whole-hospital joint venture transactions between taxable and tax-exempt health systems in the nation over the past 20 years. His leadership is further validated by active involvement with the American Hospital Association and the Federation of American Hospitals.

Prior to joining LHP, Mr. Moen served as EVP of Development for Triad Hospitals, Inc., where he spearheaded the acquisition of their new hospitals. In 2001, Mr. Moen was named the CEO of the HIP Health Plan of Florida. Prior to this, Mr. Moen worked for Columbia Hospital Corporation (now HCA) from 1991 to 1998, first as the president of the South Florida Division. In 1994, he was named president of the Florida Group and, in 1996, he assumed the role of president of the Columbia Sponsored Network group and was responsible for the company’s managed care subsidiaries.

Mr. Moen started his healthcare career with Humana in 1977 and worked there in positions of increasing responsibility for 14 years. At Humana, he managed hospitals in Virginia, West Virginia, Florida and Mexico, in addition to being responsible for Humana’s managed care division.

Mr. Moen holds BS and Master of Public Health degrees from Oklahoma University and an MBA from Southern Methodist University. Mr. Moen has over 35 years of experience in healthcare.